Chelsea boss Antonio Conte has revealed that midfielder Danny Drinkwater has been ruled out until October with a calf injury. 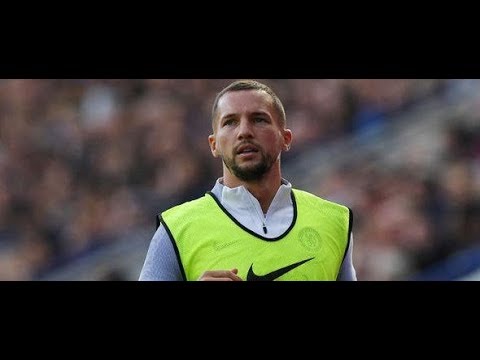 The England international joined the Blues from Leicester City on transfer deadline day for a reported fee of £35m.

The 27-year-old had recovered from a groin injury prior to his move to Stamford Bridge last month, but it has now been confirmed that he will play no part for the Blues until after the international break. Speaking to reporters, Conte said: “He had a muscular problem in his calf. He needs time to recover. I think it is very difficult to see him before the international break. It is a pity because he was starting to work and to improve his physical condition. Now we have to move all these situations. And in two, three weeks, four weeks, I don’t know.”

Drinkwater had been nursing a minor calf problem prior to the Blues’ Premier League outing against his former club. He was nevertheless picked in the matchday squad as the Blues secured a 2-1 triumph at the King Power Stadium.

The former Manchester United graduate formed a brilliant partnership alongside N’Golo Kante at Leicester City where they went on to lift the 2015/16 Premier League title, but the Blues’ supporters may have to wait longer before witnessing a potential reunion.

Chelsea have overcome an early stumble in the Premier League to win the last three league games on the trot, and this has seen them jump to third on the table. The Blues host London rivals Arsenal in their next league outing, and they will be seemingly confident of securing a win owing to their recent dominance at Stamford Bridge. Meanwhile, their Champions League campaign has also got off to a brilliant start after they thumped Qarabag by a 6-0 scoreline in the opening group stage game.