RB Leipzig CEO Oliver Mintzlaff has revealed that German star Timo Werner could make a move to PSG in the summer.  Werner has been linked with a move away from the club in recent season but it is believed that the pacy forward would leave in the summer. 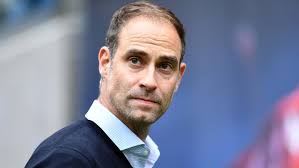 German giants Bayern Munich have been linked to the 24-year-old but Mintzlaff in an interview with SKY revealed that the player is not interested in moving to the Allianz Arena. Mintzlaff hinted that Werner is interested in joining one of PSG, Liverpool or Borussia Dortmund.

According to him, Werner doesn’t want to go to Munich. But would rather join Tuchel in Paris, Klopp at Liverpool or Favre at Dortmund.

From Mizntzlaff statements, it is likely that the player could leave the club this summer.

Liverpool appears to be earlyfavourites for his signing as PSG are troubled with FFP problems and Dortmund would not be able to afford the huge fee that Leipzig would demand for their talisman.

However, the expected transfer of Brazillian star Neymar could free up funds for the French side to sign the24-year-old forward. Werner is a quality player that can play as the top striker or behind the forward.

His playing style is similar to that of former Chelsea attacking midfielder Joe Cole. Chelsea have not been linked with a move for the striker despite the Blues requiring a quality forward. This is due to the FIFA ban that the club currently faces.

Werner would be a good addition to Liverpool as he fits perfectly with Klopp’s ideology of quick counterattacking football.

He would provide quality competition for Roberto Firmino, Sadio Mane and Mohammed Salah in the attacking positions.

There was no mention of a transfer fee in the report but Werner is valued at £58 million according to reports from Germany.